Skip to content
Enough of this religion called Christianity! 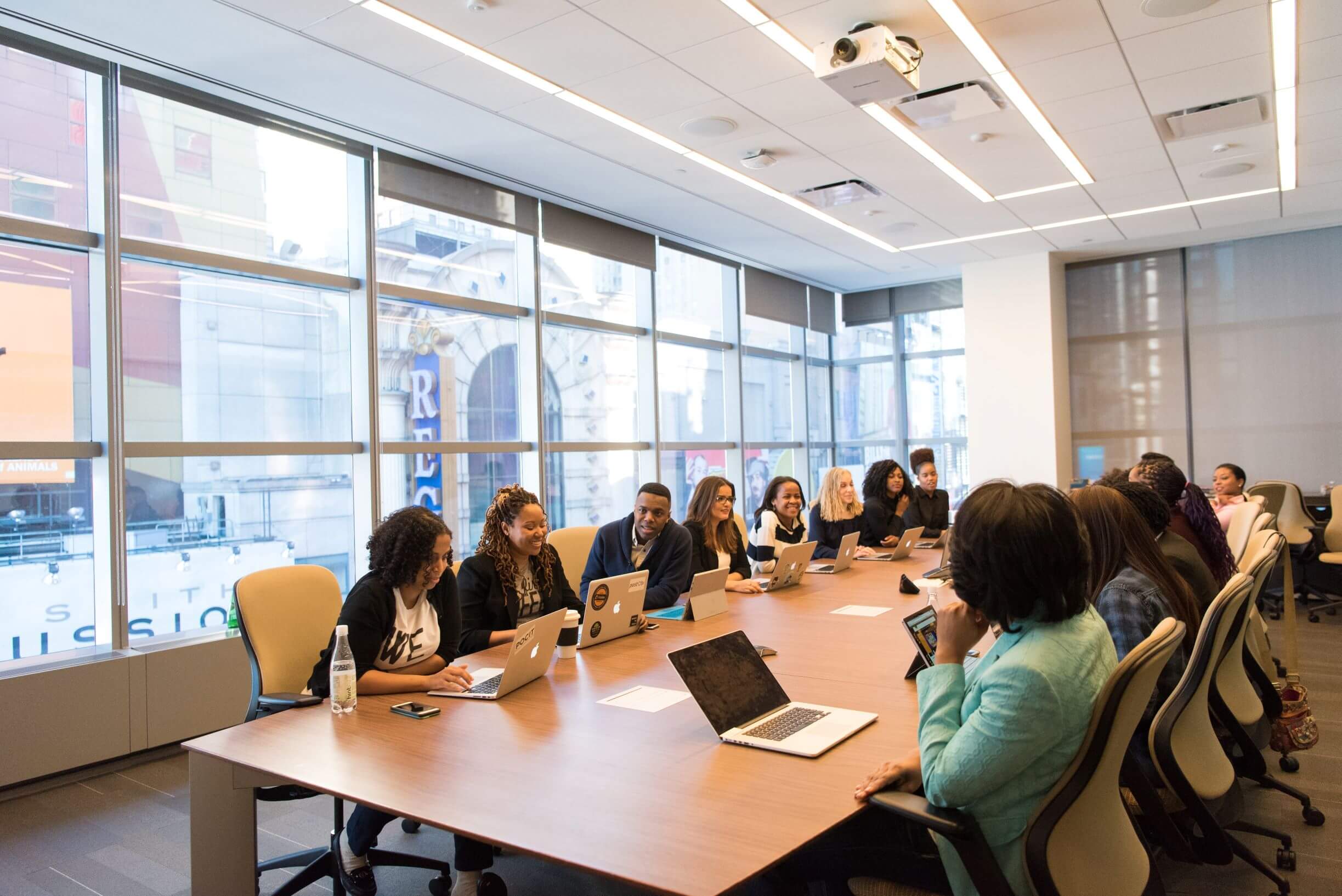 All truth passes through three stages. First, It is ridiculed. Second, it is violently opposed. Third, it is accepted as self-evident.
— Arthur Schopenhauer

Religion is regarded by the common people as true, by the wise as false, and by the rulers as useful.
— Seneca the Younger

By reading the scriptures I am so renewed that all nature seems renewed around me and with me. The sky seems to be a pure, a cooler blue, the trees a deeper green. The whole world is charged with the glory of God and I feel fire and music under my feet.
— Thomas Merton

Why do most people think of themselves as religious brands – Christian, Jewish, Hindu, Muslim, etc? If there is one big example of a fundamentally flawed idea in the human race this is the one.
Religion is a bad idea.
On two feet a person has perfect balance, but I can only stand straight if my head does not swell with spiritual pride. Religious competition has devastated mankind through the ages, and continues to cause more deaths, conflicts and misery than any other invention, including ‘Littleboy’ and “Fatman,” the atom bombs that destroyed Hiroshima and Nagasaki.
I figure that the original relational roles designed by the Creator are just Husband and Wife –
Father, Mother, Son, Daughter, Brother, Sister etc., follow as a consequence.
God did not impose the divisive religious labels that mankind has adopted unthinkingly. They were foisted on us by earthly rulers and power seeking institutions with middlemen herding people around like expendable sheep to consolidate their power and gain.
This is so obvious it is amazing people don’t get it; in fact like the herd instinct the human motivation for religious affiliation seems insatiable. We want to be led by someone rather than explore access to the Creator in a direct vertical relationship.
I do not speak for others, but neither am I inclined to go along with the pretense people employ in religion. In my lifetime I would like to see Christianity dismantled just like Communism was in the Soviet Union. History shows us how Communism sought to create an egalitarian society by force only to terrorize citizens and catalyze violence.
Veteran Indian journalist Ramachandra Guha observes how Communism created, “A new class of nomenclature – who enjoyed greater privileges and even greater immunity from public scrutiny than did medieval monarchs. The state of North Korea today is perfect proof of the idiocy and barbarity of the search for perfect equality.”
That is also true of religion in some ways, but people have buried their heads in the sand. No religion deserves the right to control direct access to our Creator – none has been given divine authority.
In Christ Not Christianity I have no interest in promoting any religion, but meaningful dialogue is long overdue about authentic faith that works; not inherited allegiances or wishful thinking that doesn’t.
It’s time to share our stories, we’ve been walking on eggshells for too long. Christian, Jewish, Hindu, or Muslim, faith must make a difference, not just be something religious we do as a habit.
Can some trusted source, universally acceptable, systematically test and assess our beliefs to verify their capacity for transforming our lives? Will it make a difference if we know?
If I vouch for the Way, the Truth and the Life of Christ (not Christianity) because for me it ended years of relational trauma and saved my marriage, helped me overcome, I must have proof. Did Christ really amputate the evil in my heart and set me free? Or does the cancer persist in some other part of me?
Welsh Christian author Selwyn Hughes wrote, “Although I believe it is possible not to sin, it is going too far to say it is not possible to sin.”
But I have tasted freedom from chains never to be bound again even though I have stumbled. The way I see it, the mystery of forgiveness, love, reconciliation, and transformation that the Nazarene offers mankind is a frontier unexplored by most people in the unending struggle for real liberty.
G. K. Chesterton wrote, “Christianity has not been tried and found wanting; it has been found difficult and not tried.” I disagree. Over 2 billion souls have tried it, and still claim to follow it like I did for half my life – most have experienced little or no change in their lives – just like people of all man-made religions who consider their piety and tradition as something sacred – even to kill for.
It is Christ who has not been tried and found wanting.

Unlike most so called adherents of my faith I prefer not to adapt and use the most profaned and for many the most precious name in history to describe who I am. It’s obvious those who insist on using that label take great pride in it, something the Galilean would probably not have endorsed. If he did want that, he would have named his humble band of mostly fishermen after himself at the very outset.
I have asked several prominent Christian scholars, authors and teachers where the term “Christianity’ came from. None can offer a viable answer.
The scriptures do reveal that the word, “Christian,” first came into use at Antioch but scholars argue it was a derogatory term. Until then believers were content to be called people of, “The Way.” It is quite adequate even now as far as I’m concerned. In fact when people ask me if I am a “Christian,” I generally inquire about their frame of reference and decline the hook they want to hang me on.
I eventually realized that make believe churchgoing is just a nice ritual. I tried it for nearly three decades, but ultimately I tired of fake, shallow relationships mostly due to cultural hang-ups. People who relate on the basis of their culture not their convictions, remind me of lifeless Barbie dolls that look good, but only children find them attractive.
Sooner or later we must take note of the soul’s demand for more robust, authentic relationships – it is a vital human need.
Instead of mega churches why can’t we meet in our homes, eat together regularly and work at being vulnerable about our joys and fears while we search for and share spiritual insights. We can discuss and fellowship with folks of all persuasions, respectfully debating the various beliefs we all cherish.
None of us is inclined to pussyfoot about vital life giving principles; often there are strong arguments but genuine concern for one another can keep relationships going with grace and truth.
It is not hard to observe the various religions and realize we have all got something wrong; the results are probably not what most of us bargained for when we signed up. Institutional faith that enforces man-made rituals and rules for keeping people under control only generates suspicion and hate – not hope. It does not spare even close family relationships – if someone has a change of heart and wants out, exclusion is his fate.
In the Middle East where I lived for nearly four decades, many a life is brutally terminated for exercising free choice.
I have learned not to point out that people are right or wrong since three fingers point back at me. However watching folks exercise their choice to be bound or free – especially in religious allegiances is fairly obvious – spiritual pride likes to manifest itself in many ways.
And fear no matter how well disguised can be detected, even if it just about, “What will people say?”
So if you believe religion is all it’s cracked up to be:
Tell me why 900,000 Rwandans were slaughtered in 1994 in a country that claimed to be over 90 % Christian? Why throughout history does Christianity probably have more blood on its hands than any other religion?
Tell me why in the land of Gandhi where Satyamev Jayate (Sanskrit: ‘Truth Alone Triumphs’) is the national motto of India, a state sponsored an anti-Muslim pogrom happened in Gujarat, in 2002, sparked by Hindu-Muslim violence and continues to this day?
Tell me why Muslims are killing Muslims in record numbers everyday in the Middle East, Pakistan and Afghanistan? Why are people rising up against their governments?
Consider why America, possibly the greatest stronghold of western Christianity with a clergy that is nearly half a million strong is considered to be the most depraved society on earth particularly by the Muslim world, which itself violently divided over sectarian beliefs?
There are others more qualified than I am to explain recurrent Hindu and Muslim horrors.
But in many countries including America, people follow Christianity, they do not follow Christ.
Big difference.
Faith vs farce.

Frank Raj belongs to an extended Indian-American family; raised in India he lived in the Middle East for nearly four decades. He was the founding editor and publisher of ‘The International Indian’ (www.theinternationalindian.com) the 25-year old Indian Diaspora magazine. Frank is co-author of the upcoming publication ‘World Book of the Scriptures,’ and author of ‘Desh Aur Diaspora.’ (Home and Diaspora)

This was my appeal to the late Billy Graham

A lifetime vanished in my traditional, religious fantasy